FREEDOM | How My Homeless Uncle Inspired Me to Help Reunite Families
15890
post-template-default,single,single-post,postid-15890,single-format-standard,theme-bridge,woocommerce-no-js,ajax_fade,page_not_loaded,,side_area_uncovered_from_content,columns-4,qode-theme-ver-9.1.2,wpb-js-composer js-comp-ver-4.11.2,vc_responsive

How My Homeless Uncle Inspired Me to Help Reunite Families 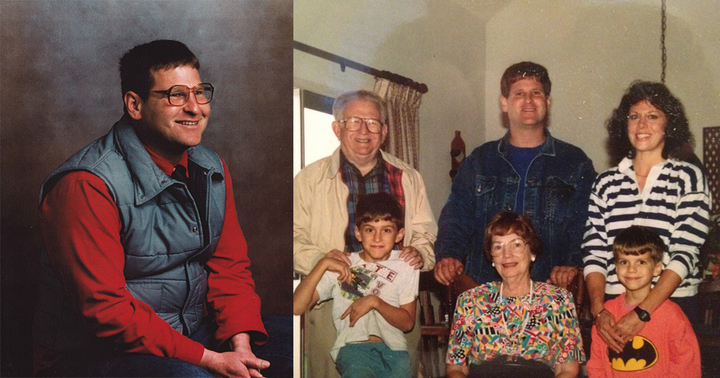 I recently read this article on Huffington Post and it was one of the most heartfelt stories I have ever read. This article by Kevin F. Adler really inspired me to give back to the world. It read:

Mark was my uncle, my father’s brother. He was the most family-oriented member of my extended family. He remembered every birthday. The year before he died at the age of 50, he gave me an eagle bandana for my birthday. A very thoughtful gift for someone who loved his country, and whose last name means “eagle” in German.

Mark also suffered from schizophrenia, and lived on-and-off the streets for 30 years.

In November 2013, for the first time since he had passed away, I visited his gravesite in Santa Cruz. Though it means little to Mark now, my dad and his other brother, my uncle David, refused to have his memory forgotten, and chipped in for a proper plot of ground to call his own. As poignant as this was for me, I wondered if there was anything I could do for the people still living on the streets, whose lives we forget or ignore each day.

Like Mark, there are many people on the streets who suffer from mental illness, or drug addictions, or severe disabilities. Many people who have problems, just like the rest of us. Some are just down on their luck: divorced, in debt, or in bad health. They’ve made mistakes, took chances that just didn’t work out. Many homeless people have families and friends who love them, and miss them, just like the rest of us.

I decided to do something about it.

I started Miracle Messages to increase awareness of what it’s like to live on the streets, from the first-hand perspective of those who do; to make an immediate and tangible impact in the lives of our homeless neighbors; to use technology to help the homeless be seen as complete and human.

Homeless GoPro was the first version, which equipped homeless volunteers with GoPro cameras. This project started with empathy, and began to evolve into Miracle Messages when I heard this statement from one homeless person: “I never realized I was homeless when I lost my housing, only when I lost my family and friends who supported me.”

The reasons for homelessness are many and can be a result of things such as eviction, sickness/health expenses, addiction, domestic violence, job loss, mental illness, to name a few. It is incredibly easy for someone who is experiencing homelessness to lose touch with their family and friends because relational brokenness is at the heart of homelessness: social disconnection is part of the experience. Along with this come feelings of shame, embarrassment, self-loathing, and uncertainty. A lack of reliable access to the internet and digital illiteracy combined with these emotional barriers keep many homeless individuals further isolated from their potential support systems.

In December 2014, I took a walk down Market Street in San Francisco to ask homeless people if they’d like to record a holiday message to a loved one using my phone. Jeffrey said yes. I shared his video on Facebook, it went viral, and his sister was tagged in the post within 20 minutes. Weeks later, Jeffrey reunited with his family for the first time in 22 years. He’d been a missing person for 12 years.

Dubious that this miracle could happen again, I waited a few months before reaching out to the St. Anthony Foundation as a partner. St Anthony Foundation is a social services agency in the Tenderloin neighborhood of San Francisco that offers a way out of poverty to the most vulnerable among us. And has been serving daily meals for 66 years. At a daily meal service, I shared the story of Jeffrey and offered all guests the chance to record their own Miracle Messages. That’s how I met Johnny, who recorded a video message to his family. Within three weeks, all four of his brothers and sisters traveled from across the country to reunite with Johnny in person for the first time in 33 years. Johnny had been missing for 20 years.

Since then, Miracle Messages has helped dozens of homeless individuals reunite with their long lost loved ones, with 40% of reunions leading to stable housing and 90% of delivered messages being well-received by loved ones. Together with a global network of volunteers, local chapters, and nonprofit partners, our aim is to help 1% of the world’s homeless population reunite with their loved ones by 2021. And all of this by taking a piece of everyday technology, something that most of us take for granted and use for mundane uses like taking selfies or watching YouTube videos, and using it for social good.

Everyone is someone’s somebody, and nobody should be defined by what they lack. If we can send a man to the moon, find cures for various types of fatal illnesses, and provide a safety net for our older citizens, surely we can end long-term homelessness as we know it. Even one person experiencing homelessness is one child, sibling, parent or neighbor too many.

Thank you Uncle Mark, for inspiring the idea that lead to Miracle Messages. I always loved ‘em burritos, too. I miss you.